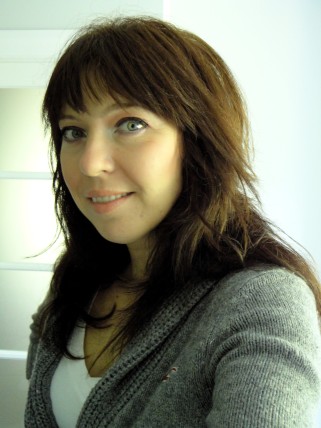 Bla Blah Blog.  Hi, I’m Julie (also know as Jules, Mrs. Oui and mom!).  I have lived and travelled throughout the United States for over a decade with my husband and three kids before returning back to the Montreal area in March of 2010.  I am an interior designer, freelance writer, photographer, artist, avid bargain hunter and serial DIY’er.  Ever since my very first apartment I have been passionate about transforming my living space into a home.

Whether it was teaching myself how to sew, paint, re-upholster a sofa or being queened the best chocolate chip cookie bakers by my kids and their peeps -I love everything that home stands for and I never get tired of coming up with ways to make it better.  After-all, our homes tell the story of who we are and are the backdrops for our lives and loves.  Where memories are made, comfort is sought and many firsts take place.

A couple of years ago I decided to create this blog to showcase some of the various articles, designs, blog posts and photos I have contributed to HGTV, Country Living, Bob Vila, The Hudson St-Lazare Gazette and Ronamag as well as the creative stuff I do in and around my home.  I only wish I would have started it sooner – I am having a blast!  If you’re looking for some home-love ideas and inspirations, then check back often -or better yet, subscribe!

Welcome to my blog!

Reply to any of my Blog Posts 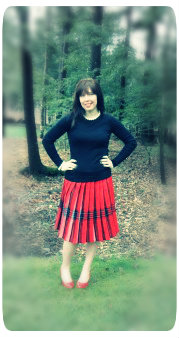 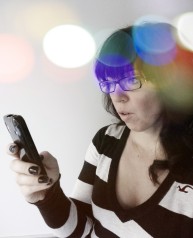 Only the third week into summer-break and I’m finding myself either in full-out war or in deep negotiations with my two oldest over screen time. If I let them, they would forget to eat, sleep or shower. I’m still adjusting to being the mom of teenagers but I can most definitely confirm that they do not ‘play’, ‘hang out’ or enjoy summer the way I used to. They don’t even use the telephone! I have so many great memories of summer; biking to the pool or to get ice cream with friends and organizing impromptu get-togethers at a friends house. Good social skills are important and you learn them from being in social settings–can you grasp them adequately through wireless Internet and a touch screen?

Laptops, e-readers, iPods, smartphones, X-Box Live and of course you can’t forget the old-fashion TV make it so that, no matter what they are doing, who they are with or where they are, there is a screen for that!

When I speak to my fellow mom friends, they all complain of the same thing and none of us have come up with a mind-blowing solution. This is what fun is today. Even if I confiscated everything except the toaster it still would not force my sons to become social in the way that I used to, because all of their friends will still be locked away in their own homes tweeting, texting, facebooking, chatting or gaming.

In fact, forget teens. Even little kids are in training. My nine-year-old was definitely not the first in her class to get an iPod. She can FaceTime or text her friends in Pennsylvania or down the street with a touch of a button.

To be honest, we can’t really blame them since we (adults) help perpetuate it. We hide behind the fact that all of this technology is required for our jobs but you don’t want to know how many times I checked my personal email, gossiped via text with my girlfriend or snuck onto Facebook today. Let’s face it–it’s not our kids who are paying the monthly internet bills, buying the 56-inch flat screens and most likely it was an adult who gifted that game console.

Still, I haven’t completely given in. This is my three-step battle plan:
One: I contacted Bell and suspended our television service for the next two months (which for some reason is going to cost me $15/month for the privilege of no service!?).

Two: Whenever chores don’t get done or I notice they can’t police themselves into stopping long enough to eat or bathe, I unplug the internet. This turns every one of their devices into nothing more than a calculator or fancy typewriter. Within seconds they stumble out from their rooms, squinting from the rays of sunlight beaming into the house. Once disconnected, fed and hydrated they seem a little more open to the idea of jumping on a bicycle and getting some fresh air.

Three: A couple of weeks ago the boys made up Two Brothers Landscaping fliers and handed them out to the neighbours. They have since scored several jobs weeding and mowing. It not only forces them to learn some kind of responsibility and make a little cash but also get some much-needed vitamin D.

How are you dealing with this issue in your family? Let us know on the Hudson/St. Lazare Gazette Facebook page

Within minutes of the Oskrdal family announcing that their 12-year-old son Joshua was missing, friends, teachers and neighbours began spreading the word through phone calls, texts, emails and posting his photo and information on Facebook. Suddenly, complete strangers within the community and others as far as Île-Perrot were re-posting, expressing concern and heading out to join the search while news outlets began to pick up the story. When confirmation got out that he was found and later that he was dead the Facebook posts stopped completely, until the following day when tweens and teens came home from school and began to light it up with comments ranging from shock and sadness to gossip and inappropriate remarks.

In a recent study done in January 2012 by Harris Interactive 55% of teens ages 13 to 17 years old who were polled said social media sites have made them more aware of the needs of others, an increase from 10% over the previous year. According to the summary of findings from the PEW Internet & American Life Project (How American teens navigate the new world of “digital citizenship” November 2011) 95% of all teens 12 – 17 years old are online and 80% of those are using social media sites like Facebook. The study also shows that 65% have had an experience that made them feel good about themselves and 58% say they felt closer to another person. Only 13% reported having an experience that made them feel nervous about going to school and 22% stated it ended a friendship.

It’s for reasons like these that many parents are split as to whether social media is a helpful or hurtful platform. “I’m taking down my Facebook account,” confided one St. Lazare mom “after the Joshua tragedy, and gossip and lies that were being spread…I just can’t deal with it” she said and she isn’t the only one; a handful of adults close to the Oskrdal family have reacted in the same way. Regardless of how any of us feel about it, the fact is this is how kids are connecting.

Last October, Skyler Wenger, a 14 year old boy of Camp Hill, Pennsylvania, got hit by car while out ‘trick-or-treating’ with friends. Three days later and 800 km away, two Westwood Junior High School students, brothers Jacob Ouimet 8th grade, and Zachary Ouimet 7th grade who grew up in Pennsylvania, took it upon themselves to make and hand out Halloween safety fliers explaining what had happened to their friend. “On Thursday night he got hit by a car, Friday morning we got the news by text and all day we got updates on Facebook and text messages,” Jacob explained. Less than a couple of hours after Skyler was taken off life support and died, a Facebook memorial page was set up where friends and family could grieve by sharing photos and writing about their loss and learn of the nine lives he affected through organ donation. To date the R.I.P Skyler James Wenger Facebook page has 2,652 Facebook ‘Likes’.

“Facebook helped us feel close with our friends in PA and it’s kind of amazing to think about how a story about a kid who died so far away might have helped save someone in my new hometown [St. Lazare] on Halloween night,” added Zachary. “It was healing for them [to hand out the fliers]” said Hans Bulow, principle of Westwood Jr. High School, who gave the boys permission to hand them out in school.
Facebook and texts aren’t the only way teens are connecting online. “A really good friend of mine was best friends with Skyler and I felt sad and helpless that I couldn’t be there, but a few days later we hooked up on X-Box live. We played, talked and hung out,” said Jacob.

According to Socialbakers.com there are currently 17,190,240 Canadians on Facebook which represents half of the country’s population. Although only 3% of this represent teens 13-15 years old and 5% those 16-17 years old there is growing evidence that tweens and even children as young as 8 years old have Facebook accounts by lying about their age to get around Facebook’s 13 years and over rule. Zachary can attest to that. “I have friends who’s parents won’t let them have a Facebook account but they just make up a name and age and get on anyways” he said. Finding out exactly how many children use cell phones and text regularly is even trickier since these accounts are typically purchased by parents. Accurate gaming statistics are just as difficult to track down, although according to Microsoft there are over 35 million active X-box Live accounts worldwide. It seems going straight to the source and talking to teens is the only way to get a real idea of numbers. “All of my friends are on Facebook, less than half of my friends have cell phones and most of my guy friends have X-box Live or PS3 online accounts,” said Jacob.

what r u looking for?

Your home tells a story of who you are